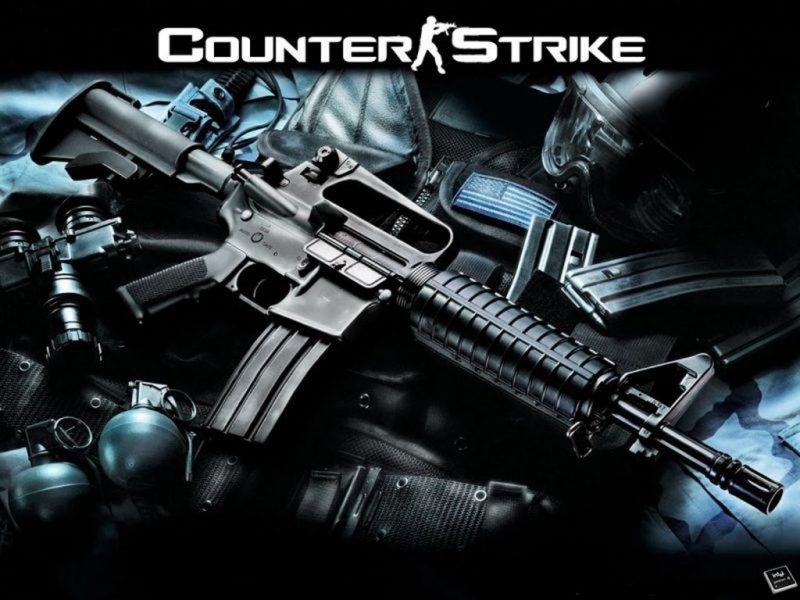 Are you sick and tired from the best First Person Shooter game of all times, Counter Strike 1.6 aka CS 1.6, but you still don't want to quit playing it? OK, then you should definitely check out our Top 5 list of popular and addictive Counter Strike mods.

5. Counter Strike 1.6 Hide'n'Seek (HNS) – Everybody has played the popular game “Hide and Seek” when we were young. The popularity of this game moved into the famous FPS best seller as well. This CS mod is called Hide'n'Seek aka HNS. The rules are simple. Counter Terrorists (CTs), the good guys, chase Terrorists, the bad guys. So far nothing special about this mod, right? However, the way you pursuit terrorists and run away from CTs is what matters. In one day playing CS Hide'n'Seek, you will find out the full moving capabilities of this game. If you thought that the Bunny Hop jumping is cool wait until you see this video:

As you can see CS HNS is all about making cool tricks and jumps. It might look difficult at the beginning, but with a bit of practice you will become pro like the guy in the video above.

4. Counter Strike 1.6 Warcraft 3 mod  – You are a fan of both games, Warcraft 3 and CS 1.6? You cannot find time to play them both? Have you ever thought playing them simultaneously? No, we are not crazy. With the CS Warcraft 3 mod, you can put some of the WC3 essence in the CS gameplay. You can choose between the following races: Human, Undead, Orc, Night Elf and Blood Elf. Each one of them has its special abilities. Just like in the original Warcraft 3, you can increase your level as well, becoming stronger, more agile, etc. CS WC3 mod is frequently patched with another one called Respawn. You will learn more about it in the next paragraph. Check out some of the essence of CS 1.6 WC3 mod:

3. Counter Strike 1.6 Deathmatch mod (CSDM) – This game mod is all about respawning after being killed. Thus it is also known as the Respawn mod. This tiny change in CS' gameplay makes an enormous difference. You don't need to wait until the end of the round. Now you can start playing a few second after you've been shot. This mod turns Counter Strike in a big melee with guns. Thus real pro players can really stand out from the crowd.

2. Counter Strike 1.6 Gungame - Since we just mentioned pro players, we cannot miss the next CS mod called Gungame. You start with a single weapon only, trying to kill a particular number of players. Once you reach it, you will move on to the next pistol, rifle,etc. Thus you can upgrade your skills with     certain weapons. What you will love about Gungame is that at some point, you will need to stand up in front of your enemies with a “naked” pistol only. Meanwhile they will be equipped with AK47, Scout, etc. This mod will let you understand if you are good enough to defeat your enemies, regardless of your weaponry. Gungame comes with the Deathmatch mod included, so you don't need to wait until the next round to play.

1. Counter Strike 1.6 Zombie mod –  Finally, its CS 1.6 Zombie mod's turn. Just like in all horror movies with zombies, the good and bad guys associate with each other against the evil. In this CS mod, CT and terrorists are together against the zombies. If you are a human, your purpose is to stay alive until the     end of the round. If you prefer to be a zombie, you need to infect as many humans as possible. CT and terrorists can rely on all known weapons. Zombies, on the other hand, can only use knives or their claws. However, they have a few times more blood compared to humans, bigger jumps and even night vision.

Have  you tried these Top 5 CS mods? Which one is your favorite? If we missed your favorite mod, let us know! Any other Top 5 you want to see? Let us know in the comments.