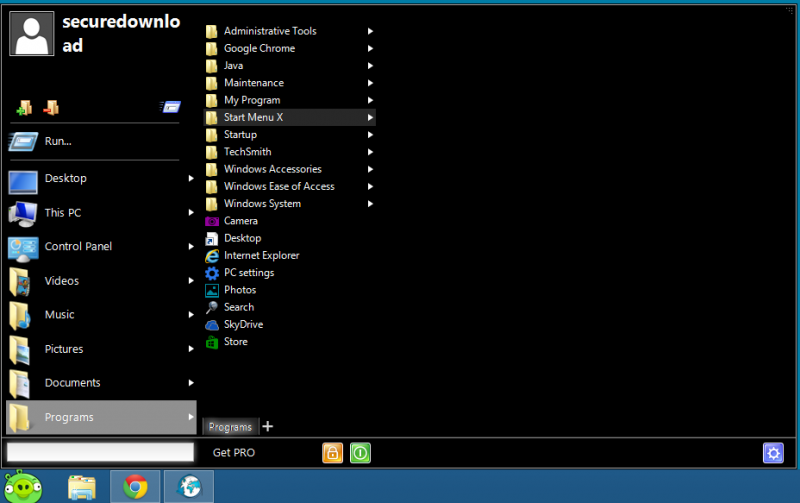 Since Microsoft released its Windows 8.1 Update a few days ago, developers started working on their software products in order to make them work seamlessly on the new operating system version.

On 12th of April, Start Menu X received a new update definitions, which enable you to install it on Windows 8.1 Update and make this OS a much better working environment than it really is.

Like a latest release, besides implemented improvements, version 5.15 comes with some bug fixes as well such as the keyboard focus issue, which is already in the past.

Start Menu X 5.15 doesn't claim to be an revolutionary application, but its benefits make it feel like one. Let's start with its design. Unlike some other software solutions, which has the same goal, to customize your Start menu, Start Menu X manages to do it very gracefully. It looks like it was meant to be a part of your Windows operating system.

When it comes to Windows 8 and Windows 8.1, Start Menu X 5.15 shines even more. You know that the new Start Screen automatically appears at startup, right? Actually, it is one of the major reason why users don't like Windows 8 very much. Start Menu X 5 enables you to skip it and directly boot in your desktop similar to the previous Windows OS versions.

In addition, this great piece of software engineering comes with a free license as well. Let's not forget the fact that you are able to change the Windows icon with a predefined one, such as Bad Piggy or Angry Bird.

So if you want to get much more familiar user experience with Windows 8.1 Update, you definitely need to download Start Menu X 5.15.