> News > Neo M1 may be the first smartphone with Windows Phone 8.1 and Android


Neo M1 may be the first smartphone with Windows Phone 8.1 and Android 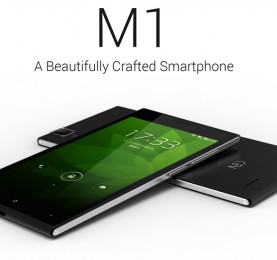 Having a smartphone nowadays is not the big thing that it used to be a few years ago. Newer and newer models come out nearly every day pushing slowly but surely the so called feature phones out of the market. Yet there are smartphones and smartphones and you can still look chic depending on the model you have or the software you run. You may have the latest smartphone out there but can you run two mobile operating systems like Android and Windows Phone? Likely not but it appears that this will also change soon.

The Chinese smartphone maker Neo promises that it will bring the M1 – a dual-OS smartphone with both Android and Windows Phone 8.1 – out on the market this year and if this happens for real then we may have a game changer. The Neo M1 will not come with junk hardware too – the smartphone will have a 1.3 GHz quad-core MediaTek MT6582 processor, 1 GB of RAM and 8 GB of internal memory that can be expanded with a microSD memory card with a capacity of up to 32 GB. The rest of the specs include an impressive 13 MP rear camera with LED flash, autofocus and Full HD video recording, BSI lens, a 5 MP front camera, Wi-Fi, Bluetooth and a 2000 mAh battery. All this hardware will be powered by Windows Phone 8.1 and Android 4.2 Jelly Bean. You think this is everything? Then think again. Neo says the device will sell for just USD 180 and will be the company's first international smartphone.

The only thing that raises an eyebrow is that Neo promises to ship the M1 with Windows Phone 8.1 while at the moment this mobile OS does not officially support MediaTek processors. Then a question arises – is the M1 just another smartphone that will be available in two versions with two different processors and operating systems? It does not appear so as Neo has officially confirmed that the M1 is a dual-OS smartphone. To prove this the company has already sold 500 smartphones on its web store with a new batch being under way.

The Neo M1 appears to be a really interesting technical solution and if all this proves to be correct information then this smartphone may turn out to be a winner. Until then all we can do is wait and hope.