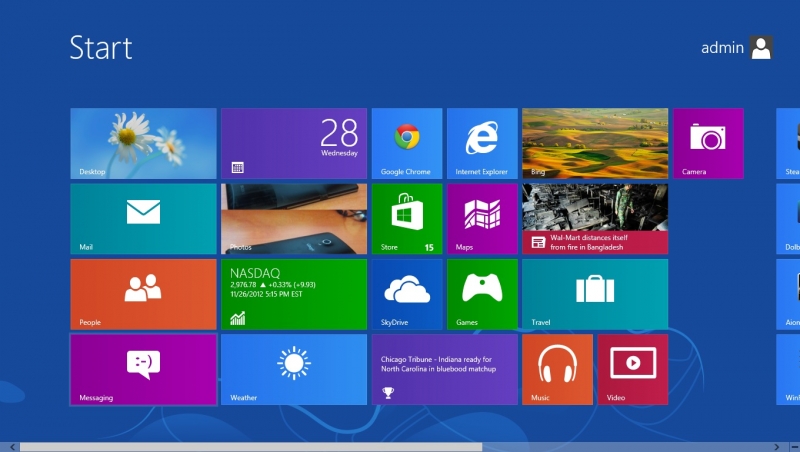 A year and a half after the release of the ground-breaking Windows 8 operating system it is safe to say that this version is far from being successful. It has been bashed by tech specialists and common users since the day it came out due to a number of reasons – the famous lack of the popular Start button, the strange and controversial Start menu, the use of charms and many more. The answer of Microsoft was swift – the company released a major update, called Windows 8.1, less than a year after the general availability of Windows 8. It now appears that even Windows 8.1 has not been able to improve the situation for Microsoft as the US tech giant has been reported it will release Windows 8.1 Update 1 sooner than expected.

Indeed the new update to Windows 8 is expected to arrive on April 2, 2014 first on MSDN and later on Windows Update. There's one more reason for Microsoft to deliver this update that soon as it will arrive before the BUILD 2014 developer conference and this will give Microsoft a chance to discuss the improvements to Windows 8 much easier.

Windows 8.1 Update 1 is expected to deliver more improvements to Windows 8.1 making it easier and more helpful with perhaps the most important change being the attempt of Microsoft to create an operating system that will run on older hardware. Thus Windows 8.1 Update 1 will need 1 GB of RAM and 16 GB of disk space to run, rather than the 2 GB and 20 GB of storage Windows 8.1 needs. Other changes include the addition of the software power button to the home screen and changing the way in which right-clicking on the Live Tiles or on the modern UI elements of the OS works - it now brings up a regular Windows context menu as opposed to the options pane before.

The new update to Windows will be available in the form of MSU installer files but Microsoft will also provide ISO files that will allow users to perform clean installs. This means that a bit later you will have a choice between updating Windows 8.1 using Windows Update or installing Windows 8.1 Update 1 from scratch. As expected the new update will come for free for all users of Windows 8 and Windows 8.1.

More information will become available during BUILD 2014, which starts in just a day.