SoftPlanet makes it possible for everyone to get free Light Alloy download directly from our servers. There is no registration needed for downloading. 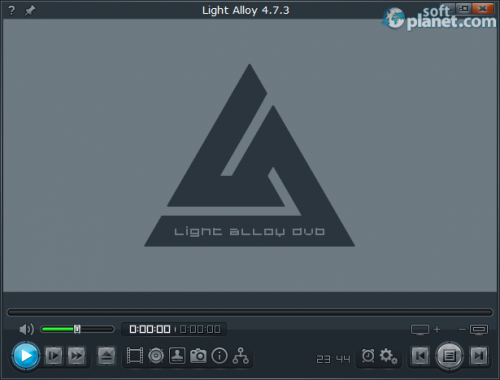 Light Alloy 4.8.7.1 (build 1937) is a multimedia player developed by a group of programming enthusiasts. This should not scare you though as the player packs a ton of nice features and functions that definitely distinguish it from other similar players. It is a free program that has been optimized to start quickly without requiring significant system resources; in fact it has been optimized to use minimum system resources. This player comes with support for a large number of video and audio formats and includes its own advanced and performance enhancing settings such as fast video rewind, subtitles load, preview of windows on timeline, support for Blu-Ray and DVD, selection of audio tracks and subtitles in multilingual movies and much more.

Light Alloy is not just another multimedia player – it is much more. It comes with an easy installation process that does not take a long time at all; in addition the install menus have been made easier. In addition this nice player comes with a rather different but very useful interface that allows you to perform actions not seen in other similar programs. One of them includes increasing the speed of the video being played, another one allows you to select frames of the video you have playing. You also get a clock inside and a bunch of other nice functions and features that ease video playing. 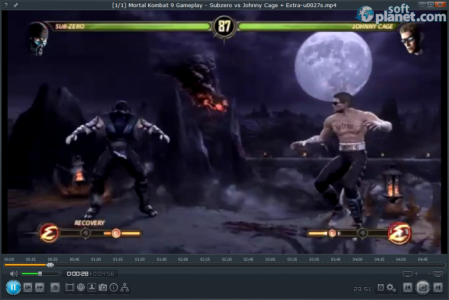 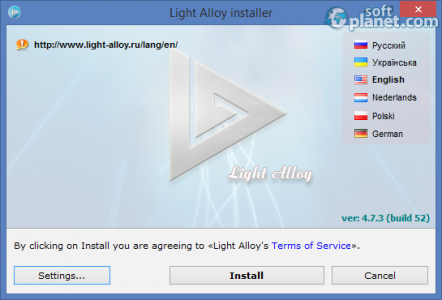 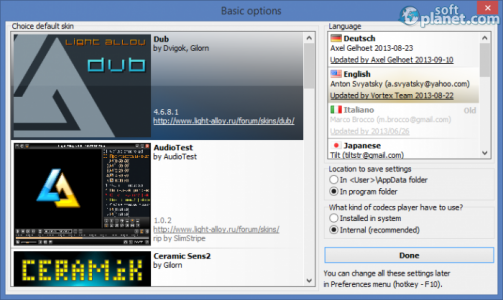 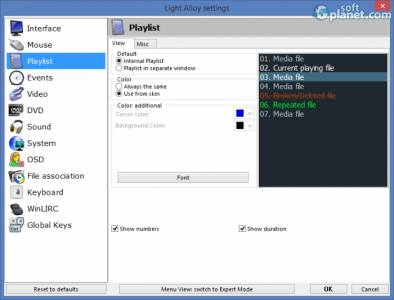 Light Alloy runs in a small program window. During the setup process you can choose a skin to use and the choice is somewhat rich so you can configure this player to look as good as you want. The interface is rather different from what you have seen but it includes elements common to multimedia players – there's a relatively large pane in the middle where the video gets displayed and underneath you have several buttons that allow you to control the video playing process. Clicking on them will show menus that allow the user to quickly perform actions; the same actions can be done using keyboard shortcuts. As expected you also get a seek bar, a volume bar and all these essential functions for playing videos and other content.

You must have media files in order to see Light Alloy 4.8.7.1 (build 1937) perform. Fortunately this player supports many media formats so it is likely that no matter what media files you have they will be played with this player. To start playing a file click on the Play button in the lower left corner or simply drag the file into the playing pane. Then configure the options that are only available during playback and this is it. There's also a long list of options that you can configure but they are hidden in the lower right corner of the program window.

Light Alloy is a nice surprise when it comes to multimedia players. It is free, it does not need powerful hardware and it offers a number of functions that cannot be seen in other players. If you are into watching movies or listening to music on your PC then take a look at Light Alloy – we think you will like this nice software tool.

Our security scan shows that Light Alloy is clean from viruses. The current version of Light Alloy has been scanned by our system, which contains 46 different anti-virus algorithms. That ensures that Light Alloy 4.8.7.1 (build 1937) is 100% safe for your computer.

Our security scan shows that Light Alloy is clean from viruses. The current version of Light Alloy has been scanned by our system, which contains 46 different anti-virus algorithms. That ensures that Light Alloy 4.8.7.1 (build 1937) is 100% safe for your computer.