SoftPlanet makes it possible for everyone to get free KMPlayer download directly from our servers. There is no registration needed for downloading. 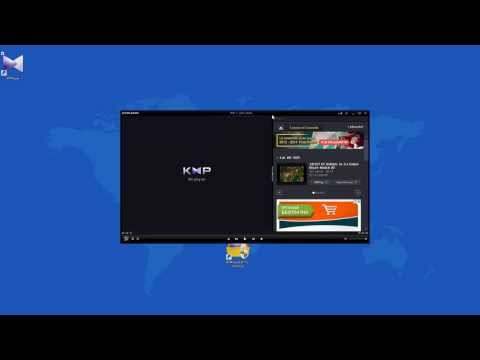 KMPlayer 3.9.1.135 is one of the staples when it comes to modern multimedia players. This software has been around for a long time, which has allowed it to evolve in numerous ways turning into a respectable piece of software. The latest version takes this software one step further by adding a few more features such as Instant View, support for FTP servers, improved seek speed for MKV, FLV and MP4 files and more importantly it runs under Windows 8. KMPlayer supports numerous file formats and can even play optical media such as DVD disks. This version also comes with various service applications that include Viki: Free Global TV, 3D movies, news casts and others, so one thing is for sure – you will not be bored using KMPlayer!

Despite its extensive features KMPlayer is very light on the system that runs it. It does not require extensive system resources even when it plays a certain multimedia file, so you can bravely use this player on older computers. In addition KMPlayer is nearly the universal multimedia file playback solution as this software comes with an extensive file format support that includes AVI, ASF, WMV, AVS, FLV, MKV and others. When started for the first time the player shows itself dressed in a nicely-looking black-colored skin, but people who prefer other colors are free to change them as KMPlayer is fully skinable. The player also supports audio files so you can listen to your favorite tracks with no need to install additional software. In a few words KMPlayer is your universal multimedia solution when it comes to playing files on your PC. 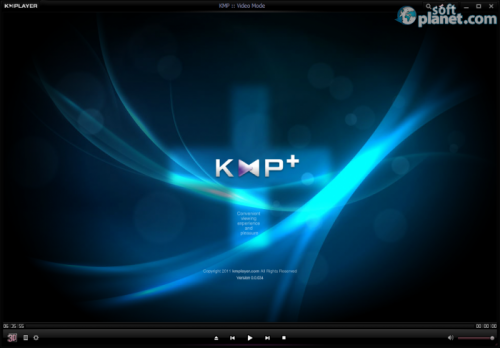 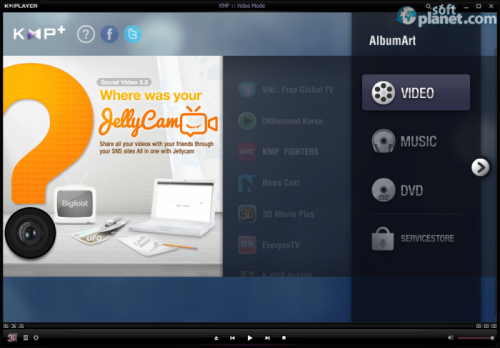 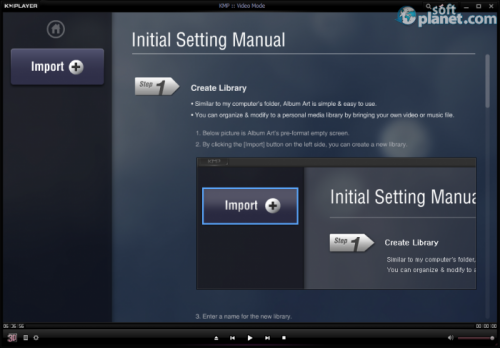 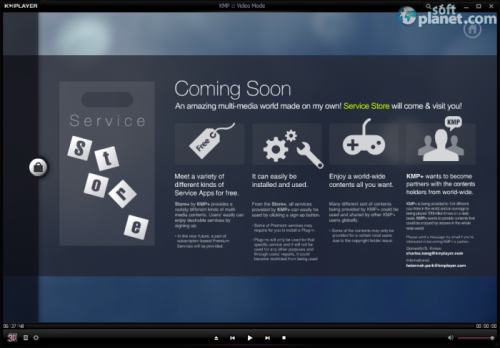 KMPlayer offers a program interface that very much looks like the Windows 8 startup screen. It is all covered in various icons and buttons but rest assured that even those of you who do not like Windows 8 will be able to get around the program. The program window is split in two – the first half displays some ads while the half to the right offers two program ribbons with the first one linking you to popular online multimedia services such as KMP Fighters, News Cast, EveryonTV, OnDemand Korea and others. If you want to play your own content then use the second ribbon – this one has icons that will prompt you to create music, video and DVD libraries for playback of these types of multimedia. You can also choose to visit KMPlayer's app store where you can get various applications for the player as well as new content. Given all these features the player offers you a minimalistic, but very useful interface that will meet all your needs.

No special skills are required to work with KMPlayer 3.9.1.135 – it works just like any other multimedia player. You can choose to play your own content or use some that is offered to you by the program. Double-click the file and watch it play before you. A nice feature is that you can sort the content you have – thus you can search for audio or video files only, which spares you from looking at long lists with files that you do not need.

KMPlayer remains a great video player, which is capable of playing a wide range of multimedia file formats. Despite all software improvement, the programs keep on requiring very low system requirements. This application is appropriate for watching both low and high quality videos, which makes it the ultimate multimedia playback solution. Please feel free to share your observation about this product and what the last movie you have watched using KMPlayer was.

Our security scan shows that KMPlayer is clean from viruses. The current version of KMPlayer has been scanned by our system, which contains 46 different anti-virus algorithms. That ensures that KMPlayer 3.9.1.135 is 100% safe for your computer.

Our security scan shows that KMPlayer is clean from viruses. The current version of KMPlayer has been scanned by our system, which contains 46 different anti-virus algorithms. That ensures that KMPlayer 3.9.1.135 is 100% safe for your computer.