SoftPlanet makes it possible for everyone to get free Fritz Chess Benchmark download directly from our servers. There is no registration needed for downloading. 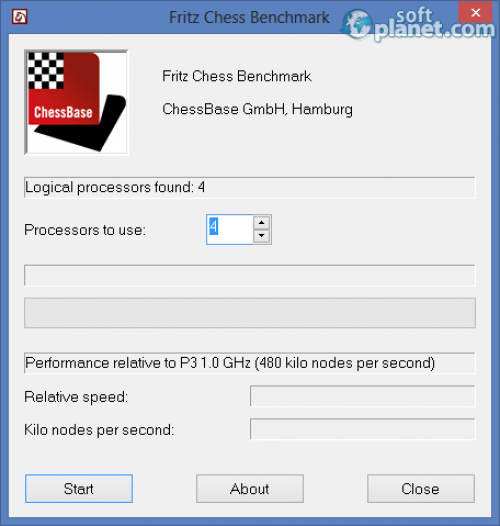 Chess is an ancient game but despite its old age it is immensely popular with people around the world. It can be played by nearly anyone and anywhere as all it takes is a chessboard and then pieces. Although chess may look like an easy game, the reality is that it is not as there are billions and billions of legal moves. This is the reason why chess is used in modern computers both for playing and for benchmarking processors. Fritz Chess Benchmark 4.2 is a software tool that measures the power of your CPU by running chess algorithms and then compares it to the performance of a 1 GHz Pentium III processor in this benchmark.

Fritz Chess Benchmark is a rather simple benchmarking tool unlike the chess game. The program is free, portable and easy to use as all it takes is to run it and then click on the Start button. After some time you will get your results and you can compare them to the hypothetical 1 GHz Pentium III chip used as a reference in the program or compare them with friends to see who has the stronger processor in this benchmark. 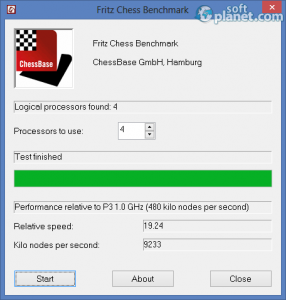 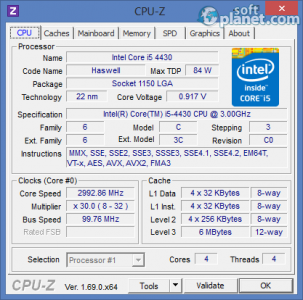 Fritz Chess Benchmark is a nice and quick way to find out how your CPU deals with chess and chess-related algorithms. The program is simple, portable and free and needs just a minute or two of your time. If you don't know what to do with your PC then make it calculate stuff with this tool – you will not regret it.