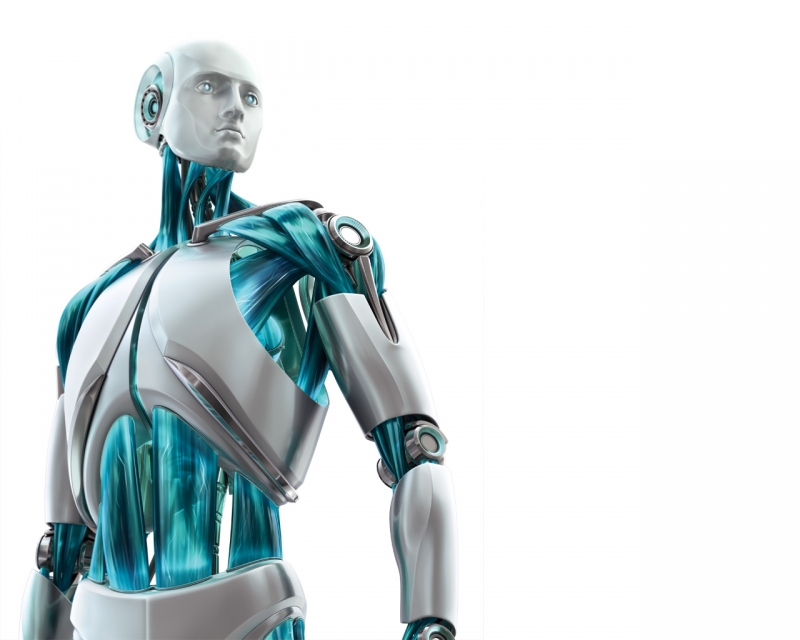 MIT developed cube like robots that can self-assemble and move separately without any external moving parts. This makes them similar to T1000 from Terminator 2 or the nanobots from "The Invisible" by Stanislaw Lem, because these robots can self-assemble too. They have a lot more skills that are far from the real version, but these contemporary counterparts set a trend that in a far fetched imagination can lead to a creation of these fictional Hollywood robots.

The creation of a team from MIT’s Computer Science and Artificial Intelligence Laboratory is called M-Block, and can be described simply as a cube that can interact with others of its kind or it can leap, roll, move separately or in groups or climb on top of each other. The option to move is due to the flywheel which is situated inside each M-Block and it can rotate with a speed of 20000 revolutions per minute. Different blocks can attach to each other thanks to magnets that are set on each side of the cube. The attachments are not limited, because every magnet rotates in a way that the north pole could align to the south pole of the cube. But to remove the limit of the movement and the attachment options, the research team added beveled edges to the sides of the cubes, which lets a small gap between the robots that helps them to attach better to each other.

These leads to enormous opportunities for these robots, because they can form various figures or join in a scrambled way, but one that allows them to solve complicated task, unsolvable by the standard robot.

"What they did that was very interesting is they showed several modes of locomotion," Hod Lipson says, cited by MIT's website, “Not just one cube flipping around, but multiple cubes working together, multiple cubes moving other cubes — a lot of other modes of motion that really open the door to many, many applications, much beyond what people usually consider when they talk about self-assembly. They rarely think about parts dragging other parts — this kind of cooperative group behavior.”

In this way the robots have unlimited potential for solving tasks, that someday may show the way to the development of self-assembling machines that for now are portrayed only in the fantasy books and movies.