SoftPlanet makes it possible for everyone to get free Google Web Designer download directly from our servers. There is no registration needed for downloading.

Bring ideas to life across screens 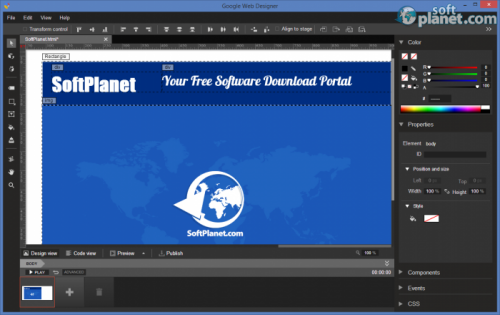 Google Web Designer 1.3.0.0410 Beta Release is a utility, developed by Google in order to facilitate advanced users in creating interactive ad banners, which will be later used in Google result pages. Unlike all other similar applications, this software manages to provide developers with a modern and comfortable working environment, where they can easily build their own projects.

Google Web Designer Beta Release allows you to create timeline animations in two modes – Quick and Advanced. The first one builds your animation scene by scene and the second one lets you individually animate each of the elements. The full 3D authoring environment is probably the best advantage of the software. It enables you to create and handle 3D content utilizing a bunch of tools. Sometimes it is easier to create and add the basic components in visually. However when it comes to making some fine adjustments, nothing can replace coding. Thus Google Web Designer Beta Release comes with a design and code view. The application really facilitates publishing ads across platforms. You just need to choose between DoubleClick Studio or AdMob, or go for the Generic option in order to push content through any other ad network, without any coding. 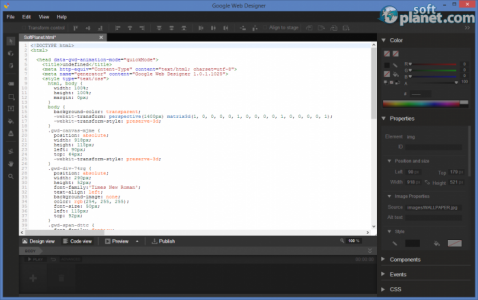 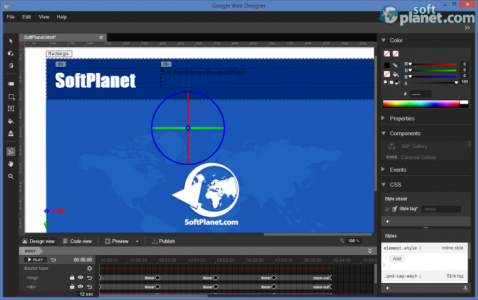 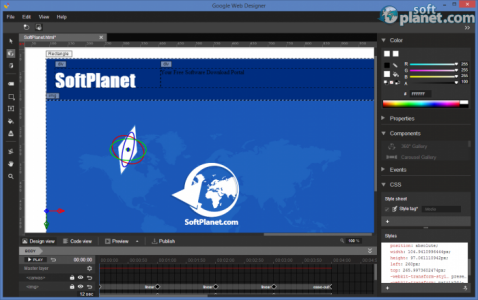 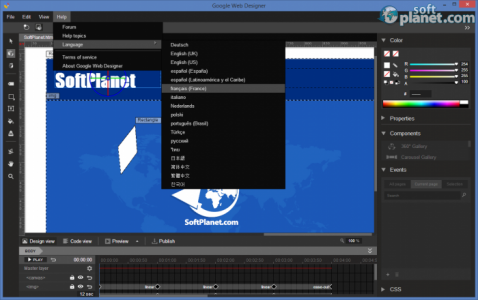 Google Web Designer Beta Release comes with a modern interface. It reminds of an image editing app and a web development utility simultaneously. The software can handle multiple projects at the same time, thanks to a tab-based interface. The working environment is very similar, which makes it very user-friendly and intuitive. While you handle your project in Design view, you can easily switch to Code one. If you want to preview your ad in a web browser you are able to achieve it with a couple of clicks. Beside the standard view mode (Front view), you can choose between Top and Side views as well. These two options are specially designed for 3D objects. The interface design reminds of Adobe Photoshop. However the similarities end here. In order to make this app user-friendly, the guys from Google have implemented a kind of tooltip for each one of the elements you have added. Thus you can understand if it is a div tag, rectangle, etc. at-a-glance.

Google Web Designer 1.0.5.0416 Beta Release is capable of doing complex tasks, but it doesn't mean that it is complicated as well. On the contrary, it comes with simple workflow. You will get used to it after five or ten minutes. However if you want to create advanced projects, you will probably need a bit more time. All the necessary stuff is placed on the main window of the program, which makes it easily accessible. As I have already mentioned the app comes with a tabbed interface, which allows you to handle multiple projects simultaneously. During the entire test, I couldn't notice major issues with its interface or performance. It is pretty stable for a beta version.

Google Web Designer seems to be a very promising software utility for creating cross-device and cross-platform ad banners. It is completely free and comes with a whole bunch of features that facilitate and speed up your workflow. The program is appropriate for both novices and advanced users. Don't hesitate and grab it. We will be glad to receive feedback from you about the program in the comment section below.